Miss Brianne Collins is accustomed to getting everything she wants in life. She grew up on a genuine Southern plantation, but she wants more. Joining New York society seems like the ultimate goal, but it isn't anything like she imagined it would be. Until she meets Lord Julian Kendall and they strike an unlikely friendship.

Julian Kendall is the second son of the Duke of Weston. To alleviate his boredom he starts working as a spy for the crown. In his first assignment he's sent to America and observe the suffragists there and report back. It seems silly to him but he does as he's told.

After a while Julian and Brianne's relationship takes a different turn and with war on the horizon they may never have the chance to discover what is inside each other's heart. Happiness seems elusive as war rages on around the world, but both hold onto hope they have a chance at finding it. 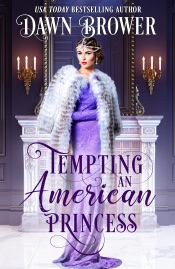